I am Oras Tynkkynen, a Finnish senior advisor, consultant, city councillor and deputy Member of Parliament. I have an MSSc from Tampere University and split my time between Tampere and Stockholm.

I represented the Greens in the Finnish Parliament in 2004-15. From 2007 until 2011 I served as a climate policy specialist in the Prime Minister’s Office. In 2014-19 I was also a deputy Member of the European Parliament and in 2016-22 a Committee member for the European Green Party.

I first got involved with politics in local elections as an 18-year-old high school student in 1996 when I was elected as a deputy city councillor in Tampere. I became the youngest and first openly gay member of the Finnish parliament at the age of 26.

I was involved in non-governmental organisations since I was about 14. In 1996 I was one of the founding members of Friends of the Earth Finland and served as a vice-chairperson for two years.

I moved to Tampere after living for 15 years in Jyväskylä. In spring 2000 I lived for a bit more than three months in New Delhi, India. I have also lived in Helsinki and Brussels.

Apart from politics, I have worked for media, academia, NGOs and companies, for instance as a publications editor in the then Service Centre for Development Cooperation and as a journalist for the Finnish Broadcasting Company. Currently I work as a Senior Advisor at the Finnish Innovation Fund Sitra and in my own climate and sustainability consultancy Tyrsky.

When I have time, I like to hang out with friends, travel, listen to music, watch movies, cook and read. To balance the long hours sitting at the computer or in meetings, I walk, ride a bike, go jogging or do HIIT training at home. 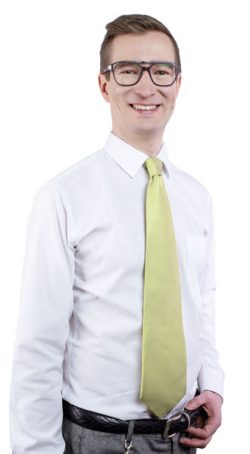